Haters and other keyboard lions

It is inevitable, when you pull your head up from the herd, there is always someone ready to hit you with a rock.

If you work in the web marketing you've probably seen it happen a million times on social media, and this trend shows no sign of waning in the slightest; on the contrary, it seems that social media has become the gymnasium of hatred and the most misguided way of appropriating the right to opinion.

I certainly don't want to get into a discussion of how idiotic it is to behave in this way, and I don't want to make an examination of the sick tendencies of the population hiding behind a keyboard.

Because I think you are an intelligent person, otherwise you would not be subscribed to this newsletter 😅 I want to give you some advice on how to handle unpleasant situations that will happen to you sooner or later.

Let's look at the different kinds of haters and how to deal with them (then maybe if you know of other kinds, write back and let me know).

This guy divides into two subgroups, the one who actually knows about it and wants to break your balls because you really annoy him (maybe he is a rising competitor but is a couple of steps below you) or he is a real jerk.

In the first case you don't have to worry, simply unmask him and answer something like. "but you instead of thinking about doing business, do you really feel so much like commenting underneath the posts of the competitor who is kicking your butt?"

In the second case, just proceed by trial and error, verify that our interlocutor is just a blowhard and then tell him something like: "but where are your results?"

The envious, gnawing, those who would crack up to acknowledge that someone has made it and is achieving excellent results.

They tell me that I don't make money, that I don't have customers, that I don't understand anything about online marketing... but for goodness sake maybe certain comments were just aimed at yours truly, because then I read things like "Tony Robbins doesn't know what he's saying," "Pink Floyd is commercial," "Valentino Rossi doesn't know how to ride a motorcycle," "Quentin Tarantino, the last movie was better."

While those in the previous category had something to say or argue, these are simply displacing are every point of view. They did not even understand what is being talked about, and so ... the best answer to give is "You do it if you are better at it."

They usually beat a retreat after a short time because they are real runaways with no art or no part.

Now I understand that it may bother some people that there are people who do a different job than the baker, the mechanic, the mailman... but we need to wake up a little bit, it's 2020 and maybe there would be some understanding that the job, the job market, and the professions have evolved a little bit.

If they call you a fraud, the best response is to present them with your client list, by quantity and quality, and say "so you're telling me that I swindled all these people and I'm still at large?"

To those who instead tell you "go to work," the answer is even easier "sorry but what are you doing on social at this time, not working?"

🤮 I say what I want, I have freedom of speech.

Yeah, but you have it if you don't bullshit. In the sense that being able to open your mouth is not enough to be able to claim the right to tell everybody, everything.

These are usually the worst ones who take the liberty to tell you whatever they want, and if you try to respond you immediately go to the wrong side because you are "arrogant and know-it-all."

Here-these should be banned mercilessly.

☠️ You just have to die

These are the ones I don't respond to.

To insults and rudeness there is no cure, so I eliminate them mercilessly.

First, however, I warn them that I will put them in the slides of my next speech, without censoring the name indeed ... linking their profile. Since they had the courage to say such things in public, on a social, there is no violation of privacy.

Sometimes I add. "who knows what your colleague/boss/family member thinks of your behavior....."

You don't know the about-faces, hasty apologies and trembling I caused.

⭐ A lesson for all

When you are on social you own your content, that means two things:

1. that you are fully responsible for it: you are responsible for what you say, the judgments, comments and even allusions you make; getting a lawsuit for libel or slander is a snap. Remember that even if you don't name names but at least 3 people can guess who you are talking about, the lawsuit is triggered.

2. That others, those who interact with you, must also abide by the same rules and whether they are on your page, under your ads, in your profile or in your group--YOU is the host.

If social gives you the power to block, delete and ban someone, USE IT.

What do you think?

Have you ever had to deal with haters and runaways?

Answer me and tell me what experiences you have had or if you know of any other type of hater to add to the classification I have made. 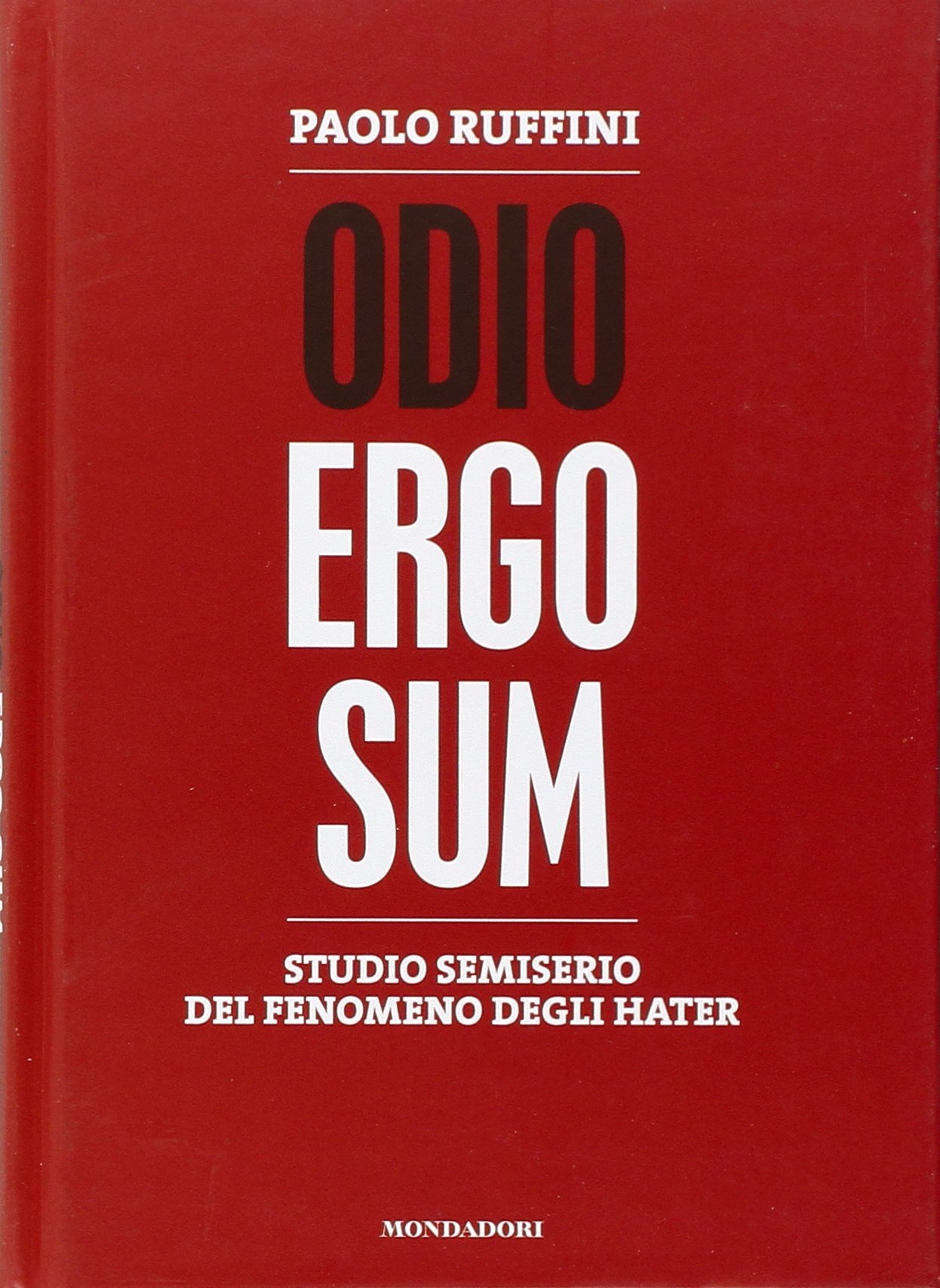 Very interesting book by Paolo Ruffini, who has encountered haters galore, and of the worst kind: those who discriminate by physical condition.

From the synopsis of the book: "The purpose of the book is to highlight that hate criticism, often used by these people online solely as a hurtful tool against third parties, is laughable at best and not worth taking seriously. The best way to downplay and defuse the negative potential and verbal violence of these annoying comments is to laugh about them."