Facebook has dug up the hatchet, and its best troops of programmers are already fighting one of the most epic telematics battles of the new millennium: that against the Facebook ad blocker.

I software to block ads are increasingly popular, even in freeware versions, and there are many users who, out of firm conviction or even just to try them out, install and use them regularly. The particular type of software was created precisely to block advertisements contextual to viewing web pages from browsers, which have often become too aggressive.

The purpose of companies that produce ad blocker is to optimize the Internet browsing experience for users by selectively filtering and eliminating advertisements. This noble intent, however, very often stands in stark contrast to precisely one of the main sources of revenue for websites in general and, in particular, social networks, which have become highly sought-after channels for the latest generation of web marketing.

The increasingly widespread development and diffusion of the Facebook's software ad blocking poses a serious threat to the livelihood (and record turnovers) of some of the most prominent social networks of the moment. Of course, Facebook is always the most prominent social, even when it comes to advertising revenue, and because of this, Mark Zuckerberg has once again anticipated the future, running for cover and arming the troops.

Ad blockers specialize in distinguishing and blocking advertisements loading but programmers at the Menlo Park-based social giant have developed a system of ads immune to blockers.

The announcement came directly from the upper echelons of Facebook.

Facebook vice president Andrew Bosworth, also known as "Boz," announced a changing the way advertisements are loaded in the desktop version of the social network, i.e., the one that is commonly opened from the browser and not from the Mobile App. This substantial change should allow Facebook to curbing ad blockers, returning to be one of the safest and most convenient web marketing channels for businesses seeking effective Internet advertising.

While most Internet users were enjoying a brief analogue interlude of sand, sun and sea, Facebook and ad blocking software, AdBlock Plus in particular, have traded decisive blows. 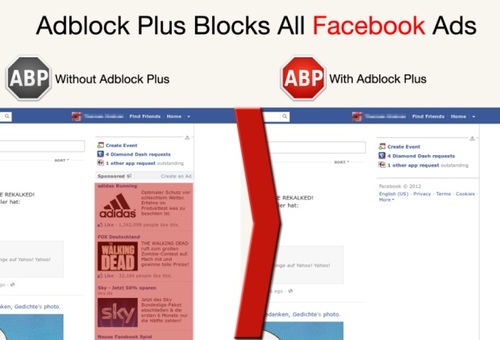 The first blow to Facebook ad blockers has been dealt by the king of social networks, which has made advertisements impossible to distinguish, code-wise, from posts made by users themselves.These changes have affected the desktop version, whose use is increasingly limited. The people of Facebook, in fact, have moved to mobile, with figures exceeding 80% of subscribers accessing it using Apps.

The retort came in about a couple of days, with AdBlock Plus tightening up how it detects ads going so far as to block even user posts, according to Facebook.

From Menlo Park, meanwhile, come reassuring rumors for users and especially for investors who buy ad space. Facebook will be able to replicate shortly to all software developed to block ads.

Meanwhile, from the battlefield we move on to diplomatic skirmishes, with AdBlock Plus accusing Facebook of trying to limit users' freedom of choice. The social network, on the other hand, points the finger at the ad blocking company, which it believes is guilty of blacking out posts from friends and pages in order to block advertising.

Internet advertising can indeed, in many cases, pose a threat to web users. There is a proliferation of sites, whether with interesting content or spam, which are accessed only after opening several aggressive popups that, often, result in excessive waste of time and, in essence, the conditions for talking about disservice.

To cope with these realities, welcome software that can improve users' browsing, keeping them safe from unwanted advertising bombardment.

The case of Facebook, many popular websites and other successful social networks, however, is very different. The livelihood of these realities is based precisely on advertising that is presented in a serious manner, avoiding the typical low blows of strategies once called "Black Hat."

Ads, as reiterated by "Boz" Bosworth, are an integral part of Facebook and part of a 360-degree user experience. Facebook began as a network that is also advertising and did not tack on ads later, also altering the perspective offered to the millions of subscribers worldwide. For these reasons, from the headquarters in Menlo Park, California, the message coming through is unambiguous: the battle against Facebook ad blockers is legitimate and must be won at all costs.

As calculated by some experts in the field, the current economic damage caused by Facebook ad blockers is quite small, and if you want you can test Adblock Plus yourself, here.

On mobile devices, when using Apps, ad blockers are ineffective, while blocking only affects the desktop version, which is used by less than 20% of total global users.

Facebook management itself stated that the cyber battle against Facebook ad blockers does not aim to protect economic interests but is aimed at defending a principle. Of course, we add, it also serves to reassure those who invest in advertising on Facebook, whose web marketing platform is among the most effective and profitable at the moment.

More than one billion daily active users, with considerable dwell times, make Facebook the best advertising channel of the moment. The platform is used by world-class enterprise companies but is also an excellent opportunity for small and medium-sized businesses and economic entities with limited budgets.

Facebook's software, developed and improved over years of experience and with the most powerful technological means available, allows its advertising to reach only certain profiled target users, selected by geography, age, interests and other significant variables. This reduces the overall cost of advertising with pay-per-click or pay-per-impression formula, significantly improving yield and conversion rates. Facebook, moreover, also offers several solutions to advertise more or less for free, and it is not surprising that the blue logo with the "f" is always a reference when it comes to advanced web marketing.

If you want to know more, I periodically offer free video lessons on web marketing, online business and in particular, Social Media, and I recommend you study my free comprehensive guide to the Social Media Marketing for Business, found here.